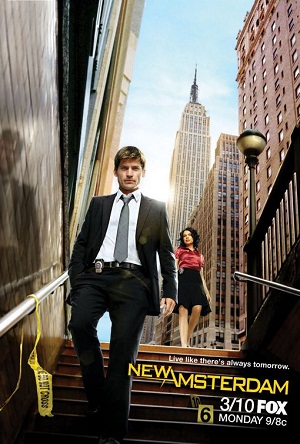 "You will not grow old. You will not die. This is the gift we give."
— Native American women, upon granting Johan immortality
Advertisement:

John Amsterdam (Nikolaj Coster-Waldau) is a New York homicide detective. He's also an immortal, born as Johan van der Zee in the Netherlands in the 1600s. While living in the New Amsterdam colony in what would later become New York City, he saved some native women from the depradations of his fellow soldiers, but was mortally wounded in the process. They granted him eternal life in exchange.

He uses his 400 years of experience to solve crime, all the while looking for his true love (who's the only one that can cure him of his immortality).

Not to be confused with the medical drama New Amsterdam (2018).