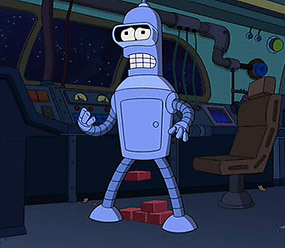 Bricks have been shat.
Advertisement:

A Comedy Trope that also functions as a sort of Tension Breaker, in which a character is so shocked or surprised that they lose complete control of their bowels. Of course we don't actually see this happen, we instead get a quirky little visual metaphor to let us know what they mean.

Bricks, due to the phrases "to shit bricks" and "to brick it," are especially popular.

When the joke goes the other way, then it's an Ass Shove.