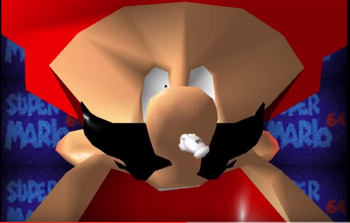 Luigi, I got Terminal 7. THIS IS WHAT IT LOOKS LIKE, LUIGI.