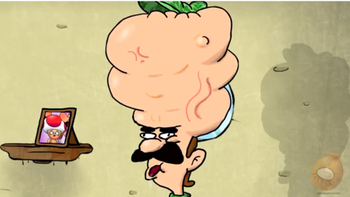 You have terminal 7 brain cancer. I don't even know what that means, but it's bad.
Advertisement:

Vinny's folders had enough moments to break the original page. His strange and compelling streams, often achieving Sanity Slippage, have given Vinesauce another high reputation next to Joel's.

Stream series with their own pages