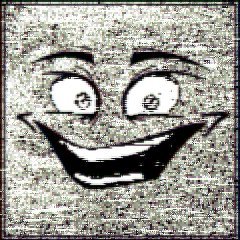 Criken2 is a gamer and Youtuber who showcases him and a few of his friends playing games. They typically are in co-op, with all the shenanigans that entail. While he records the full gameplay of whatever he's playing (and usually streams it on Twitch), the highlights only ever include the funniest and/or most insane parts of it. This has led to all of his videos being very humorous.
Advertisement:

Criken usually works with game clips tied to a particular game, but also does a series called "Criken's Fun House", which have clips not tied to any particular game, and a side series meant to satiate the fans waiting for "Criken's Fun House" called "Criken's Quickies". They, nonetheless, seem to update rather sporadically as of late. Is affiliated with Rooster Teeth and sometimes collaborates with Broteam. After a long period of staying The Faceless for his videos, he did a face reveal in the Pax Podcast of what was then TheGameStation, which can be viewed here

In July of 2017, it was announced at a panel at RTX that Criken had joined the Lets Play network of Rooster Teeth, following this, Criken and two of his main cohosts Tomato Gaming and Bedbananas formed the subgroup Sideshow

Advertisement:
open/close all folders
Games Criken and Company Have Played

Tropes that appear in these videos: