Offerings to the Gods 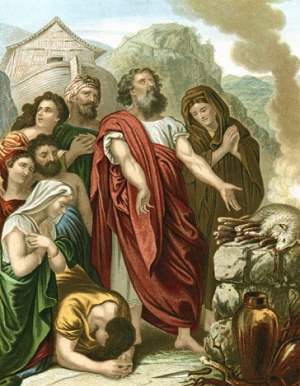 I was under the impression that dedicating a temple to a dark god required the assistance of their priesthood and expensive rituals?"
[...]
the warlock raised a thin eyebrow as he answered, "That is more of a buy-in. Naturally, no Dark God would want to provide benefits to a Keeper who wasn't willing to commit to the God's cause, and prove it by investing quite a bit of wealth and effort into flattering the deity in question."
— Dungeon Keeper Ami - "A Minor Complication"

Gods Need Prayer Badly, but what if they need something else as well? Historically many religious practices involved making a physical offering, usually food, or live animals, sometimes manufactured goods, and in some rare cases, human beings.

In polytheistic settings, different gods may appreciate different kind of offerings. This can also be a part of Bargain with Heaven.

Scam Religion naturally would try to exploit this.

Super-Trope of Appease the Volcano God and Human Sacrifice. Leaving Food for Santa might be considered a "modern" equivalent.