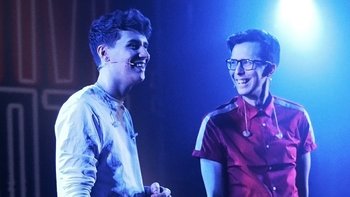 Daniel Howell (born 11 June 1991) and Phil Lester (born 30 January 1987) are a British entertainment and business duo best known for their work on YouTube as well as radio and television presenting, business, books, tours, and original films. As a duo, their collaborative work predominantly took place from 2009 to 2018. They still live together and appear on each other's social media.

Phil began posting to his channel AmazingPhil in 2006 and Dan on his in 2009. They met that same year, first on the Internet and then in person.