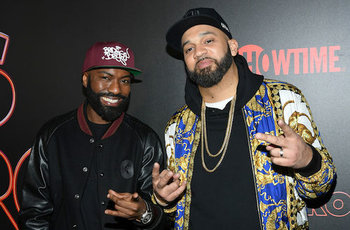 Comedy duo hailing from the Bronx made up of Desus Nice (Daniel Baker) and The Kid Mero (Joel Martinez). They first rose to prominence separately on Twitter before getting a podcast and later, web series on Complex titled Desus vs Mero in 2013. They then moved on to MTV with roles on Guy Code , Uncommon Sense, and Joking Off. They then got their own Talk Show on Viceland, Desus and Mero in 2016, which ended after 2 seasons in 2018, after which they moved to Showtime. They also have been recording the Bodega Boys podcast (aka "The Art") since 2015.