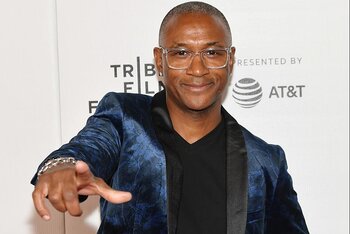 Thomas "Tommy" Davidson (born November 10, 1963) is an American comedian, actor, and voice artist. Davidson is best known for his stand-up career and film, television, and voice acting roles, such as being one of the original cast members of In Living Color! and voicing Oscar Proud in The Proud Family.