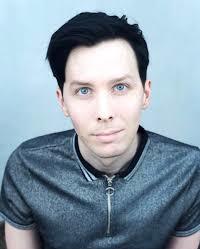 "It's a good thing to be strange - normalness leads to sadness."
Otherwise known as Phil Lester. Phil is a vlogger who has been making YouTube videos since 2006. Phil is enthusiastic, childlike, and also possibly insane.
Advertisement:

He frequently collaborates with YouTuber/roommate/best friend Dan Howell, and even hosts two collaboration series of sorts on his channel— the seasonal baking videos (alternate years), and "Phil is Not On Fire", ostensibly a Q&A show, but one that answers very little, with no normal prompts and lots of bizarre and amusing improv instead.

He and Dan also share a gaming channel at DanAndPhilGAMES. Any tropes relating to those videos should go on that page.

In addition to his online content, he and Dan co-host a weekly radio show on BBC Radio 1.