This video is about shipping. If you don't know what shipping is, RUN. RUN, AND NEVER GET INVOLVED. 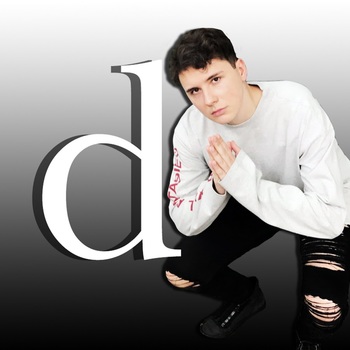 Daniel Howell, previously known under the username danisnotonfire, is a British YouTuber.

Dan's videos span a lot of different topics and formats, though he rarely does straight-forward vlogging. He makes videos describing his past failures and other embarrassing or weird experiences, discusses topics he finds relevant/interesting, and has the Internet Support Group series, where he gives advice to fans sending their questions to him. Most of his humor is deadpan or sarcastic/ironic in delivery, and he frequently references memes in a similar way. He often uses a skit format when relating experiences, which makes sense due to his experience in theater and aspirations of being an actor. Oddly, he was getting a law degree before he decided that University probably wasn't for him.

He also has a gaming channel with his roommate and fellow YouTuber AmazingPhil, over at DanAndPhilGAMES. All tropes relating to those videos should go on the channel's own page.

In 2018, his presence on YouTube significantly reduced, partially explained by a large video he was making. At first, it was just his main channel, but since December 2018, all of his ongoing collaborative series with Phil were ended or put on indefinite hiatus for the time being, leaving his direction on the platform unclear. He has alluded to one or multiple projects in the works, and later confirmed he had been spending his time off writing a book. In the summer of 2019, he came out on YouTube with a video titled "Basically I'm Gay". In 2021, his book about mental health, You Will Get Through This Night, was released. In 2022, Dan released a video documenting the Development Hell going on during his time away from YouTube which put him off creation, but declared a commitment to returning to online content and announced a world tour.

In celebration of getting a million followers, he was set on fire.