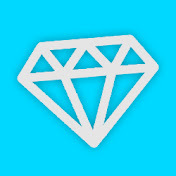 "Hey Everyone, Dan here from the Diamond Minecart, and today..."
— Dan, saying his original catchphrase
Advertisement:

Daniel Robert Middleton, better known as DanTDM or Dan, The Diamond Minecart is a YouTube Let's Player that first gained popularity through his Minecraft content, which began in 2012. Since then, his fan base has steadily expanded and his content has evolved to dozens of games, from indie titles to triple A content.

This YouTuber provides examples of:

open/close all folders
General/More Than One Category
Minecraft
Dan is considered one of the "OG Minecraft YouTubers" and is famous for working with mods. His Minecraft series include his Mod Showcases, The Diamond Dimensions, the Custom Mod Adventures, Crazy Craft 3.0, and more recently, Minecraft Hardcore Survival and Shady Oaks SMP. He has also participated in several tournaments, such as Minecraft Mondays and Minecraft Championship.
Other Games