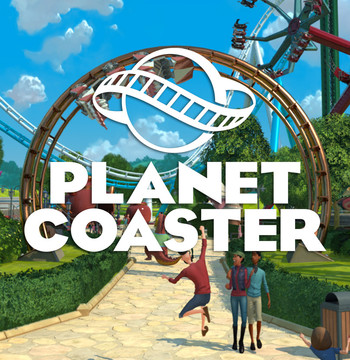 Planet Coaster is a theme park simulation game created by Frontier Developments. Initially named Coaster Park Tycoon, the game follows RollerCoaster Tycoon 3 (also developed by Frontier) in several respects, involving the creation of a functioning theme park, but it adds a lot of new features and control to the creation process. The game was initially announced in January 2015 with an alpha publicly accessible by pre-ordering from Frontier's store. The alpha was first made available in March 2016 with the game coming to Steam in August of that same year, and was released on the 17th of November in 2016.

The game includes the standard gameplay (build rides and shops, hire staff, keep guests happy, etc) that RollerCoaster Tycoon did. However, it allows for buildings to be constructed piece by piece and for paths to be build at numerous angles. The player is also provided with lots of different building parts and decoration and a robust terraforming tool to tailor their park exactly how they want it.

and the Steam page can be found here.