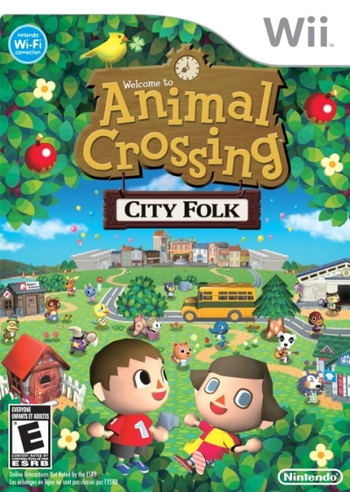 City Folk is a sequel to Animal Crossing: Wild World, designed to take advantage of technical improvements in the Wii compared to the Nintendo DS. Among other things, most events cut from Wild World are reintroduced, including real-world holidays from the original game. Players can now visit a city full of different shops including ones from previous games, as well as some new ones.

The game is the first Wii game to support voice chat and the first online game in the series that supports interoperability between Japanese and Western versions of the game; due to considerable technical differences, the international and Japanese versions of Wild World were incompatible with one another. Local multiplayer is supported by downloading travel data to a DS, referred to in-game as the DS Suitcase, and this feature can also be used to import players from Wild World into one's City Folk town.