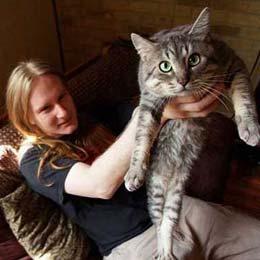 He has made songs about child murder.
Advertisement:

Venetian Snares is the main pseudonym of Canadian electronic music producer Aaron Funk (born January 11, 1975). He mostly does Breakcore tracks and is credited with making the genre what it is today, but he also makes Glitchcore, IDM, Noise, Dubstep and Orchestral music. Classical music is also frequently sampled in his Breakcore work, along with various Hip-Hop A Cappellas and Jazz.

A link to his Bandcamp, which contains most of his discography.