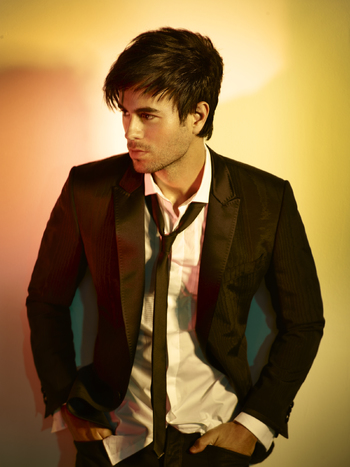 Enrique Miguel Iglesias Preysler (born May 8, 1975 in Madrid, Spain) is a Spanish singer-songwriter and actor. He is the son of Julio Iglesias, also a Spanish singer but formerly Real Madrid's Youth team Goalkeeper.

Tropes relating to Enrique Iglesias are: