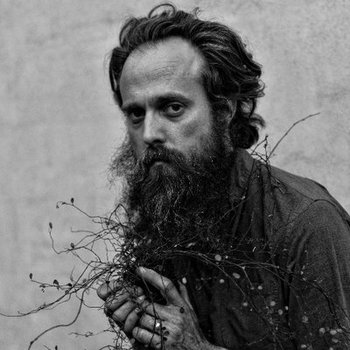 "Will you say to me, when I'm gone
Your face is faded but lingers on
Cause light strikes a deal with each coming night"
— "Each Coming Night"
Advertisement:

Iron and Wine is the stage name of American singer-songwriter Sam Beam (born July 26, 1974). Known for quiet, melodic acoustic songs as well as an impressive beard, he has released a multitude of albums over the years.

Iron and Wine contains examples of: