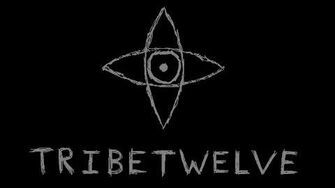 "Lately I've been hearing these strange noises coming from around my house. They're unexplainable, I don't know where they're coming from [..] and frankly, it's all just been scaring the living shit out of me. So I've decided to record myself sleeping in hopes of catching whatever these sounds are on tape."
Advertisement:

It started off as an innocent little thing, a YouTube page for main protagonist Noah Maxwell's class project on the Twelve Tribes of Israel. However, this project was cancelled for unknown reasons. The news became worse when Noah received word that his childhood friend and closest cousin, Milo Asher, was found dead in his room. Noah wanted to change the page from a project page to a dedication page, so Milo would be remembered. However, as he watched the old videos of himself and Milo, he noticed things...things he never saw before, but Milo did.

Something that terrified him.

As Noah stumbles into the same rabbit hole that his cousin uncovered years ago, he begins to realize that his involvement with the Eldritch Abomination that now stalks him runs much deeper with both him and his family than he ever realized. While battling against the monster and his evil Hive Mind group called the Collective, Noah begins to uncover things about Milo's horrifying life.

Tribe Twelve is yet another chapter of The Slender Man Mythos, similar in vein to Marble Hornets. Noah documents himself after finding something much worse in his videos. As per Slender Man videos, it's... pretty frightening.

, with the wiki here

. He also has a Formspring

account, but when Formspring was thought to be shutting down, he also made an ask.fm

account. As of 2018, Noah has been uploading sections of Milo's journal on a Blogspot account that can be found here

. Interviews with creator Adam Rosner can be found here

or here. (The other interview is down thanks to MegaUpload no longer existing, however Adam, the creator, will soon post it with his own special touch on his own channel.)

In September 2020, series creator Adam Rosner was hit with credible allegations of him grooming underage girls over the internet, while also meeting them in person. Since then, he has disappeared from all social media sources, and his friends and collaborators have all cut ties with him, leaving the series on hiatus indefinitely. Caution should be approached when discussing this, due to the seriousness of the subject.

There may be unmarked spoilers down below. You Have Been Warned.