All spoilers on this page are unmarked. You Have Been Warned. 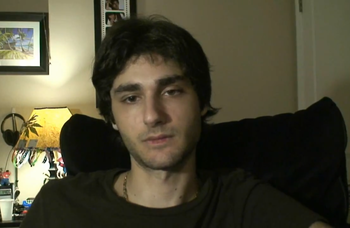 I don't feel safe in my own home anymore.

The main character and Audience Surrogate, Noah uploads the recordings of his last days with his cousin Milo Asher before his apparent suicide in 2010. Upon noticing the Slender Man in the videos, Noah becomes the target for the monster and his minions, particularly the Observer, recording the encounters and the mysterious events surrounding his life. He has a tendency to swear a lot when under pressure. 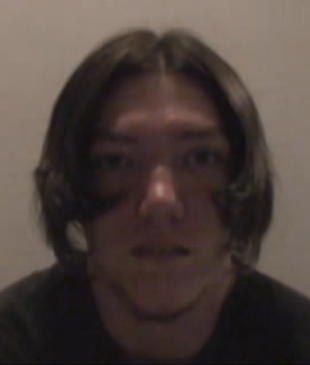 I'm making this tape...to prove that I'm not insane. I don't know what to say. But whoever ends up watching this needs to believe me...and bear with me.

Noah's cousin, close friend, and Deuteragonist of the series. Milo was stalked by the Slender Man from his early childhood up until the time he visited Noah in 2008. He committed suicide in 2010 and Noah's inspection of the video recordings he made in 2008 reveals that the Slender Man may have had an influence on the event of Milo's death. Starting in 2018, Noah begins posting excerpts of Milo's journal onto the Maxwell Archive, which details Milo's horrific life while dealing with Slender Man. 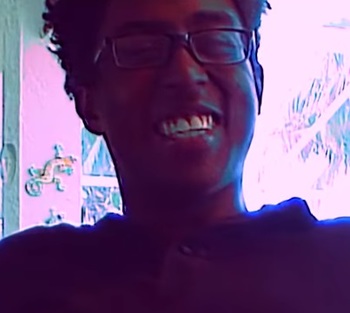 It's so great to see you man! How've you been?
A close friend of Milo Asher's in his childhood, and is friends with Noah Maxwell. Despite appearing very little in the series, he's just as involved in the Collective's antics as Noah is. Mainly because he's the Observer, the one who's stalking him and Milo. 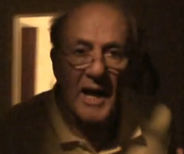 Go away! It is not the right time!
Noah's grandfather on his mother's side. He is from Germany, and speaks little English. He reveals to Noah that he encountered the Slender Man in World War II, and possesses a journal and knife belonging to dead Nazi Sebastian Kraus, which apparently is the last record of an unknown historic event involving the Slender Man. 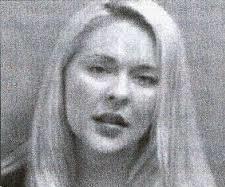 One life had to be sacrificed to save our family from this plague.
Milo's mother, Mary is known to have had mental problems since she was a child. It is revealed she has known the Slender Man since she was a child, referring to him as "Mr. Slim". She also knew Dr. Corenthal when he treated Milo as a child, and was a member of The Order, a cult first seen in the logs of Dark Harvest. She was confirmed dead in "Obituary".

A Nazi who Karl encountered in 1944. He was being chased by the Slender Man and was killed, but his journal which contained a record of an unseen historic event ended up in Karl's hands. He's also revealed to be Swain.]]

Milo's biological father, who died shortly after Milo was born. Although it was reported that his death was the cause of a house fire, many people suspect that it was Mary Asher.

A high-ranking member of The Order who recruited Mary Asher into the Southern chapter of it's rankings. In Milo's journal, it's revealed that he's actually the host of the Collective member Deadhead.
Advertisement:
Humans (minor)

Mary's ex-husband who Noah contacts regarding her whereabouts. He seems to be a nice guy who cared for both Mary and Milo, despite their mental issues.

An old friend of Noah's from school who happens to be very knowledgable with technology. Noah invites him over to analyze the device that the Collective left in his room.

Karl's wife, and grandmother to Noah and Milo. During the Boat Accident, she drowns in the ocean alongside her grandson Tommy after Karl unfastened her life vest.

A cousin of both Noah and Milo who was very close to the latter. He drowns during the Boat Accident alongside his grandmother Sonia.

Noah's mother and Milo's aunt. Although she is of little importance to the main series, she's involved in some important events that the Collective have orchestrated.

Noah's father and Milo's uncle. Like his wife Sharon, Alex's role in the series is minor, but he's witnessed important events that shaped the series for the long run.

Noah's friend (and YouTube follower) who invites him to stay with her during Thanksgiving break. However, the influence of the Collective follows, leading to Sarah becoming involved with the Noah's problems for a while.

Sarah's friend who appears in the Thanksgiving two-parter. She is murdered by a crazed Noah off-camera, and her death is made to look like a suicide.]]

A former classmate of Milo Asher's during his childhood. Although the two were friends at first, he dismisses Milo's concerns about Slender Man's appearances, and begins mercilessly bullying him.
The Collective

WE ARE ALL CAUGHT IN HIS WEB.
AND THE WEB CONSUMES US ALL.
A group of powerful proxies who do the Slender Man's dirty work. They each have their own assignments and separate goals. The members that are seen above are, from left to right, Mr. Scars, Cursor, Persolus, the Observer, Deadhead, Swain, and Firebrand. The driving force of the plot involves them needing the journal of Karl Maxwell, as it is the last piece of the puzzle for their plans for Humanity. Tropes applying the Collective as a whole include: 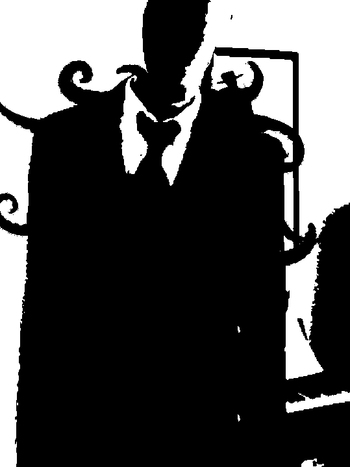 The Eldritch Abomination himself and Big Bad of the series. As usual, he is stalking children — and, in this case Milo and Noah — but takes a backseat to allow his minion, the Observer, to keep an eye on Noah. He often pops up to scare Noah, and possesses animated Combat Tentacles. 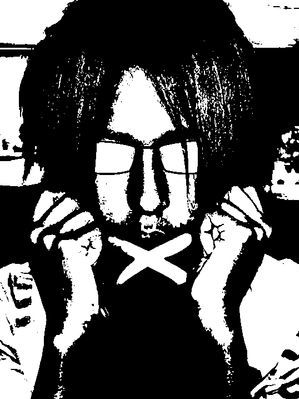 DO YOU KNOW WHATS WORSE THAN KNOWING WHEN THE CLOCK STOPS?

NOT KNOWING.
More or less the main antagonist of the series, this mysterious and shadowy figure delights in manipulating Noah for his own purposes. He is recognizable by his distinctive thick glasses, long hair and malevolent grin. Beyond that, what he looks like is unknown, as he has only ever been seen in rotoscoping. He is later revealed to be possessing Noah's friend Kevin, who helped translate Karl's German after Noah's first visit to his grandfather. 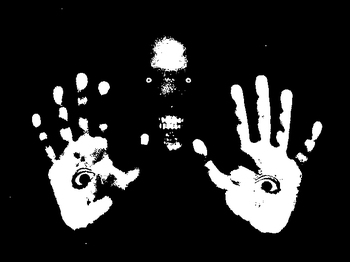 I belong, and yet I don't. An abomination of existence. Trapped in this awful form.
Firebrand is a member of the Collective who appeared in front of Noah on November 11th, and is recognized for his pinhole eyes and smile. He is called "The Stubborn." He stops the Observer from taking Noah on 11/11/12 and hijacked the video INTERCEPTION, revealing information about the journal. The Livestream Incident reveals that he is Noah, from either the future or a separate timeline. 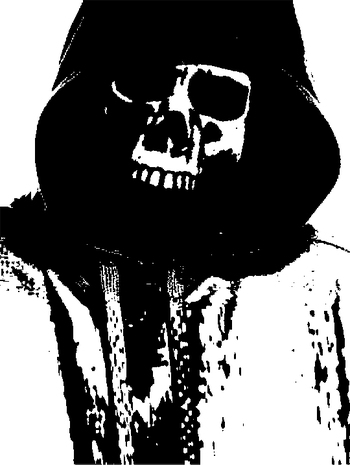 Auf Wiedersehen.
A member of the Collective that wears a skull mask and hood. He is known to have followed Sebastian Kraus. He is known as "The Nationalist." In Milo's journal entry "boat", he's revealed to be none other than Henka Visæ, the one who recruited Mary Asher into The Order. 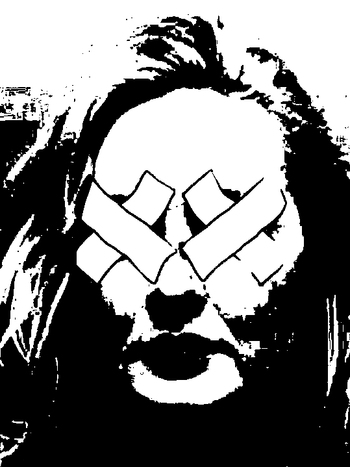 Who is Mr. Scars?
Cursor is a female Collective member with long hair and X-shaped bandages over her eyes. Her title is "The Selfish." Noah has noted that she bears a resemblance to both his own mother and Mary Asher. As of Obituary, it is confirmed that she is indeed Mary. 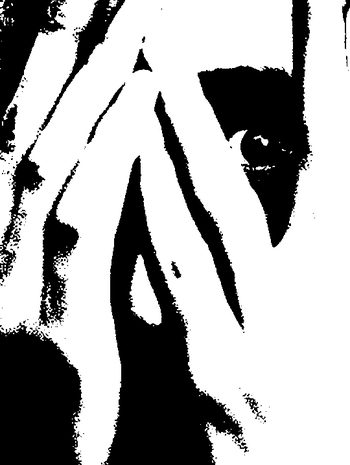 It still hurts...
Mr. Scars is seen with his hands covering a heavily scarred face. He is called "the one who kills Mary" and "The Burdened", and Mary Asher believed that Noah knew his identity. Noah has mentioned on Twitter that he has had a recurring nightmare about Mr. Scars, finding him vaguely familiar. "Obituary" confirmed that he's Milo Asher. 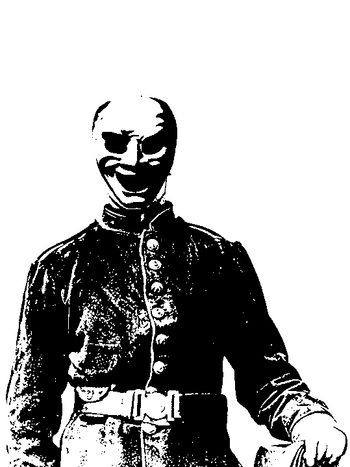 Swain wears an army uniform and smiling theatre mask. Is also called "The Lover." He's implied to be Sebastian Kraus, the man who authored the journal that Karl Maxwell now has in his possession. 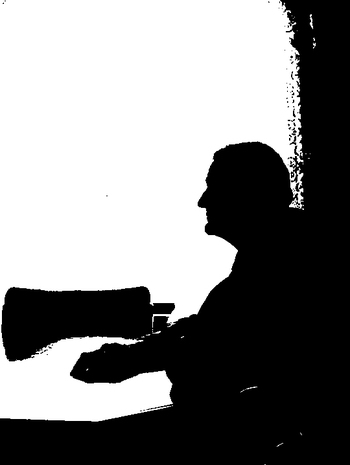 Nicht.
Persolus has the guise of an old man, and is called "the hermit." Persolus is Latin for "quite alone." He's confirmed by the Observer and Milo's Journal to be Karl Maxwell, Noah's grandfather.
Other Entities

The Order is a Slender Man worshipping Religion of Evil who serve as villains towards Chris and Alex of Dark Harvest. However, it's gradually revealed that not only was this cult involved with the Asher family, they may have been partially responsible for Milo's suicide. 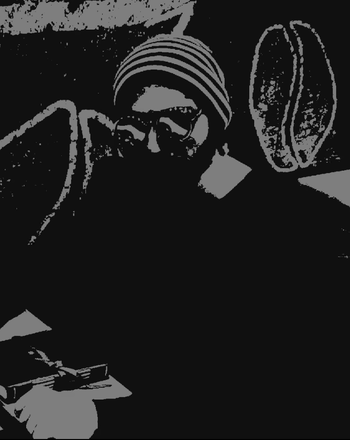 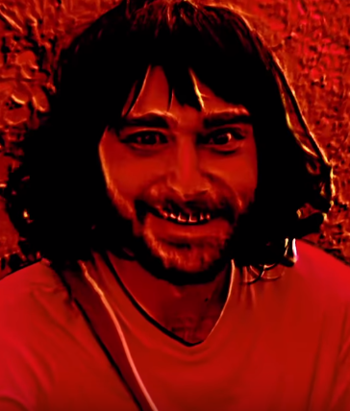 Oh, I remember this... this is when it happened!
Hailing from an alternate timeline/future, Future Noah (known as Prebrand by fans) is Noah Maxwell from a future where he was enslaved by the Collective, and forced to live within their realm for an undetermined amount of time. Noah first encounters him in Sisyphus, where he makes it clear how much Sanity Slippage he's gone through over the years. 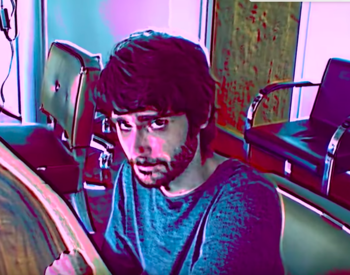 Hey there, buddy. Have a seat, we have to talk.
Yet another Noah from an alternate future, this version of Noah sits down to converse with our current Noah to explain to him some things about the "game" Noah's playing. 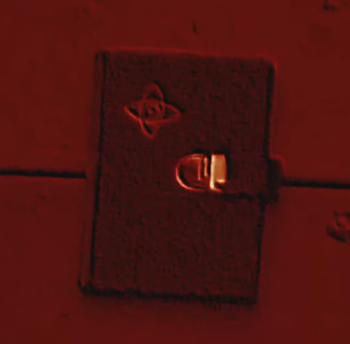 Open me.
The journal of Milo Asher, which became sentient after Milo uses Severance on it in 2006. During the Fortunes arc, it comes to life once again, where it pesters Noah as his sanity degrades. According to Facade, the journal is now possessed by Milo himself, and whose jerkass behavior was a ploy of Firebrand's to motivate Noah to do the right things.