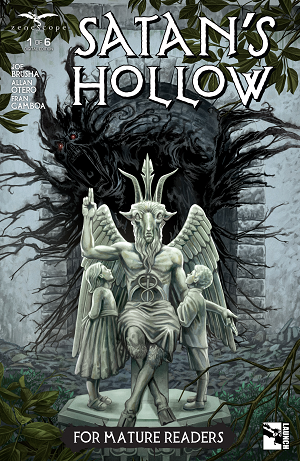 Satan's Hollow is a 2016 horror comic made by Zenescope Entertainment.

Sandra and her husband John go back to her childhood home in the countryside where her parents died in a mysterious car accident twenty years before. When people start disappearing and John seems to be somehow involved, Sandra slowly realizes that it's all connected to a labyrinth in the woods tied to satanic rituals, guarded by a malevolent spirit known only as the "Shadow Man".