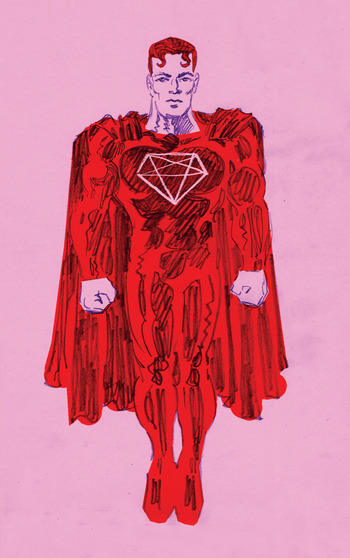 An aggressively strange graphic novel by Tom Scioli featuring Satan's Soldier, a vain, capricious Superman Substitute and the intergalactic conspiracy to murder him after his erratic and destructive misadventures go too far.

It can be read for free in its entirety here