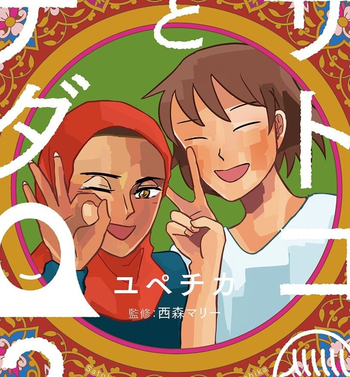 Satoko and Nada is a Japanese webcomic written and illustrated by Yupechika.

The titular pair are 20-something college students studying in America, Satoko from Japan and Nada from Saudi Arabia. Each strip chronicles their day-to-day adventures as roommates, whether meeting new friends, learning about each other's culture, cooking delicious meals, getting cozy, and preparing for big milestones like graduation or marriage.

Satoko and Nada provides examples of: