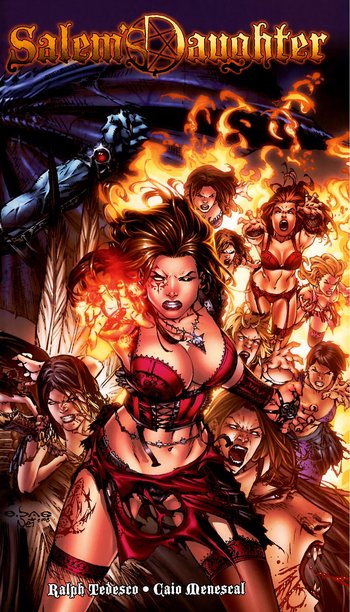 Enjoy Ms. Fanservice, because she does not dress that way in the comic.
Salem's Daughter was a 2009-2010 comic book published by Zenescope.
Advertisement:

Trapped behind bars for an accidental murder she didn't mean to commit, Anna Williams has been accused of witchcraft. And in Salem, Massachusetts, the price for being a witch is Death. But there is hope. Braden Cole has come to the town of Salem to find the man or monster he has been hunting, Darius. And Braden soon learns that Darius has plans for Anna that are far worse than burning at the stake.