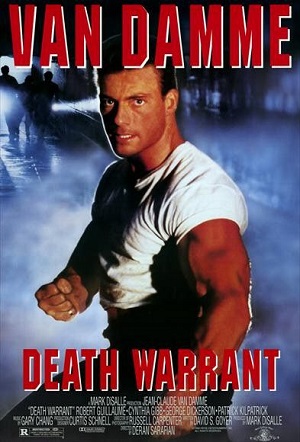 In the Harrison State Prison in California, prisoners are mysteriously dying in increasing numbers. Detective Burke (Van Damme) is called in on a state task force to investigate the deaths, going undercover as a new inmate pretending to be an old friend of one of the recently deceased. He soon discovers that a massive organ harvesting operation is taking place under the warden's eye and after repeated attempts to kill Burke and cover it up fail, Burke's old nemesis, a Serial Killer known as "the Sandman" (Patrick Kilpatrick), is also transferred to the prison to take out Burke.