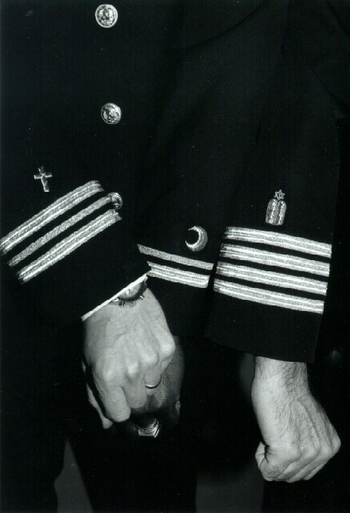 Pick a chaplain, any chaplain...
""Five minutes for the Padre," he stated. Some of the boys dropped out of ranks, went over and knelt in front of Migliaccio, and not necessarily those of his creed, either - Moslems, Christians, Gnostics, Jews, whoever wanted a word with him before a drop, he was there."
— Starship Troopers
Advertisement:

This is the expression "There are no atheists in foxholes"

taken to the next level. While at war, soldiers will attend any kind of religious service or speak to any kind of chaplain regardless of their actual religion because that service and/or chaplain is the nearest (or only) one available. A variant is when chaplains of different denominations (or different faiths entirely) will work together in time of need.