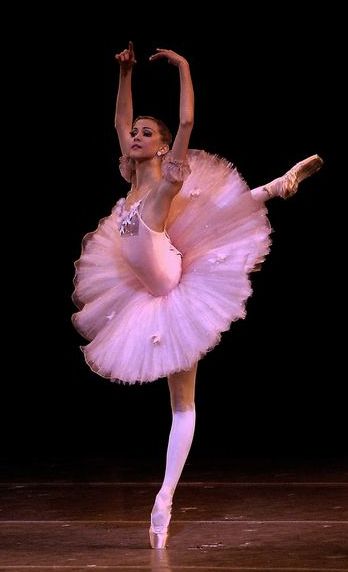 The art of ballet is formalized performance dance that has evolved into a new concert dance. It all started during the Italian Renaissance as a dancing pantomime for fencing, much different from today's perception of the art, and developed through French courts' social dances. France's early influence is made apparent through the "vocabulary of ballet", the steps and forms with their own names. During the 18th century, its technicalities developed so that it became a dramatic art on par with opera. By the 19th century, Russia had adopted its own style and continued to train even under Soviet rule.

Today the most common 'schools' (training methods) of ballet include the Cecchetti method developed in Italy; the French or Paris Opera Ballet method out of France; the Royal Academy of Dance (RAD) method developed in Great Britain; the Vaganova method developed in Russia; and the Bournonville method developed in Denmark.note Despite being commonly cited on this list, the Balanchine 'method' taught in the United States is not actually a training method at all but a particular aesthetic style taught by Balanchine ballet companies. Most Balanchine dancers start in another method and learn Balanchine technique later on. These methods are all used to varying degrees worldwide, and are not confined to the country in which they were developed.

Ballet dancers typically start at around 8 years oldnote though classes for children younger than this are frequently called 'ballet', these focus on musicality and movement, not classical technique and continue training into their late teens. When not taught properly, ballet can result in crippling injuries, which is one of the reasons why lessons are considered fairly expensive. Because of the pressure to sculpt a 'Balanchine body', the promise of a short career, racism and sexism (sometimes to the extreme), and intense training, being a ballerina is not some princesslike girly sport. Dancers will perform sick and hurt, often on bleeding feet.

See also: Ballet Episode, Dainty Little Ballet Dancers, Straight to the Pointe, and Tutu Fancy, all of which have varying levels of Truth in Television. Creepy Ballet is when ballet is Played for Horror or Drama.

Tchaikovsky's ballets are probably the most well-known and successful. Other famous composers of ballet music are Ludwig Minkus

Works with major involvement of ballet: