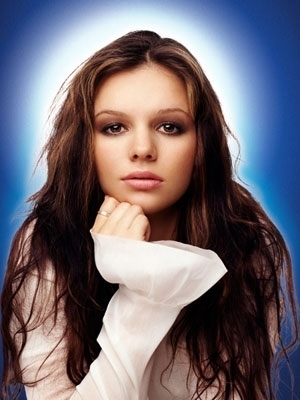 Actress and poet born May 14, 1983 in Santa Monica, California, best known as the title character on Joan of Arcadia, as well as such movies as 127 Hours, The Sisterhood of the Traveling Pants, Spiral (2007), The Ring and The Grudge 2, and a recurring role on House and a lead role on the earlier cop show The Unusuals. Is also the daughter of Russ Tamblyn.
Advertisement:

Married David Cross in October 2012. They had a daughter together.