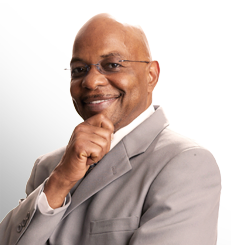 Theodore Robert Rufus Long (born September 15, 1947), more commonly known as Teddy Long is an American wrestling personality who has in his time been a referee, manager, authority figure, and general manager for the WWE's SmackDown brand.

Teddy started out as an errand boy for wrestlers Tommy Rich and Abdullah the Butcher before being promoted to be part of the ringcrew, and eventually a referee for for Jim Crockett's World Championship Wrestling. Later, Kevin Sullivan and Eddie Gilbert convinced Jim Ross to give Long a managerial role, after learning that he used to be a radio DJ and could work the mic. Teddy soon became the manager for the tag-team Doom, with Ron Simmons, and Butch Reed.

Long later on moved to the then WWF where he worked as a referee once again. It was during this time that he was involved as the referee in the match that resulted in the real-life injury that left Droz (Darren Drozdov in real life) paralyzed.

Later on, Long's mic skills were called up again when he started managing various heels such as D'Lo Brown, Rodney Mack, Christopher Nowinski, Rosey, Mark Henry, Jazz, and, when he was drafted into SmackDown Mark Jindrak.

Long eventually got his start in the role he was most famous for when acting as a temporary replacement for Raw General Manager Eric Bischoff. Later on, when Kurt Angle was fired in story as SmackDown's General Manager, Long was replaced Angle in what was the start of the longest General Manager tenure in the brand's history. Immediately turning face after his appointment, Long's style contrasted with heel general managers such as Bischoff on Raw. In addition to this, Long also became known for his preferred method of resolving issues by having wrestlers compete in tag-team matches.

His tenure as General Manager ended when his Survivor Series team lost to the team of John Laurinaitis, who proceeded to become "Executive Vice President of Talent Relations and General Manager of both Raw and SmackDown." Teddy was "forced" to become Laurinaitis's "assistant," and then later served as Booker T's, until he was released from his WWE contract.

He was inducted into the WWE Hall of Fame in 2017.