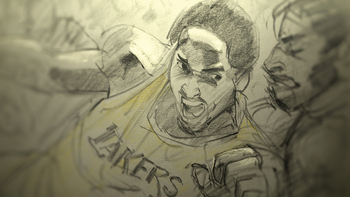 Yes, that Kobe Bryant, the all-time basketball great, the 20-year NBA veteran. The origin of the short was a 2015 poem

that Bryant wrote at the start of his 20th and last season with the Los Angeles Lakers. Bryant's poem was essentially a love letter to the sport, describing his love for basketball since he was a little boy shooting balled-up socks into trash cans, and his melancholy as he faced his last season as a professional athlete.