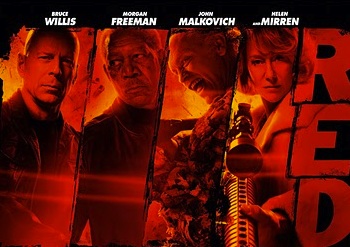 The film seems to have been made primarily so that a bunch of... matured actors, many of them famed for dramatic work, could ham it up with very large guns, and is fun to watch even if only because everyone in the cast and crew seem to be enjoying themselves. A sequel was released on July 19th, 2013. A third movie is in development, though no dates have been revealed yet. The status of the third movie is currently in the air, given Willis' 2022 disclosure that he has been diagnosed with aphasia and is stepping away from acting.