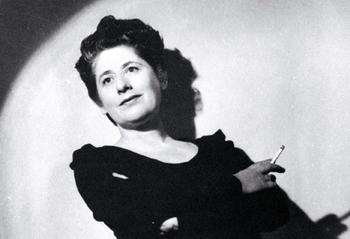 Marsh was born in Christchurch, New Zealand in about 1895, the distant descendant of pirates on both sides of her family. Her parents didn't bother to register her birth for five years and by the time they did they'd forgotten the actual date; she celebrated it on April 23, the traditional birthdate of William Shakespeare. She lived for the theatre and was almost singlehandedly responsible for the revival of theatre in New Zealand; in fact, she was so instrumental that she was knighted (she called the honour her "damery"). Many of her novels are set in or around the London theatre scene.

She never married or had children, and her extraordinary reticence about her private life has fuelled rumours that she was a lesbian.

Most of Marsh's novels are set in England. Chief Detective-Inspector Roderick Alleyn of the CID is the younger son of a baronet and was originally destined for the Diplomatic Service, but he chose instead to join the police to his family's dismay. (Marsh, who as a New Zealander was well outside the English class system, found it great fun to put a proper English aristocrat into a job normally considered working class.) He's assisted through the series by Detective-Inspectors Fox (called "Brer Fox" by Alleyn), Thompson, and Bailey. In earlier cases his Watson is Nigel Bathgate, a journalist and friend of his from Oxford, but after his marriage to painter Agatha Troy she takes over the role.

Four of her novels are set at least in part in New Zealand, while many others feature characters originally from there. Her descriptions of New Zealand (and especially of the South Island) are lyrically haunting and some of the best prose in detective fiction.

Marsh often brings back characters unexpectedly years later, especially if their first appearance was as a child. Lord Michael Lamprey, for instance, first shows up as a twelve-year-old boy who meets Alleyn during the investigation of his uncle's murder; ten years later he's a police constable attached to the CID.

She was considered one of the Big Four mystery writers, along with Agatha Christie, Dorothy L. Sayers, and Margery Allingham. She had cordial relations with Christie and Allingham but loathed Sayers, and was one of the most vehement proponents of the rumour that Sayers was a pathetic, dried-up old biddy who created Harriet Vane as an Author Avatar because she had fallen in love with Lord Peter Wimsey. Strangely, Marsh herself created a large number of Author Avatars, most of whom managed to fall in love by the last chapter.

Her books tend to be freer of racism and anti-Semitism than those of the other Big Four although some could be considered homophobic. One of the reasons she disliked Sayers was because of Sayers's casual, unthinking bigotry; another was her fervent religiosity.

Her name is pronounced NYE-oh. (BTW, that's a species of tree native to New Zealand.)

Ngaio Marsh works which have their own pages: