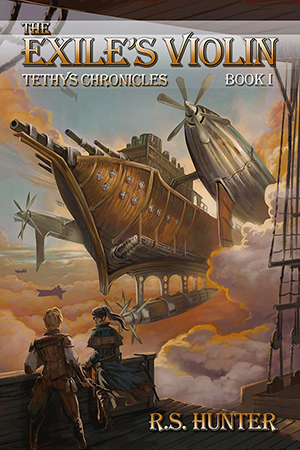 "You'll find your lost treasures up for auction tomorrow night at the Dobineau Center. The art gallery opens at ten. The auction is at twelve and is private invitation only. You'll have to find your own way in—M."
Advertisement:

Why hire mercenaries to kill an innocent family just to obtain one little key? That question haunts Jacquie Renairre for six years as she hunts down the people responsible for murdering her parents.

Not even accepting an assignment to investigate a conspiracy that aims to start a war can keep her from searching for the key. Armed with her father’s guns and socialite Clay Baneport, she continues her quest for answers abroad.

With the world edging closer to disaster, Jacquie is running out of time to figure out how the war, the key, and ancient legend are intertwined. The fate of the world hinges on her ability to unravel both mysteries before it’s too late.

The Exile's Violin has the following tropes: