Lotsa People Try to Dun It 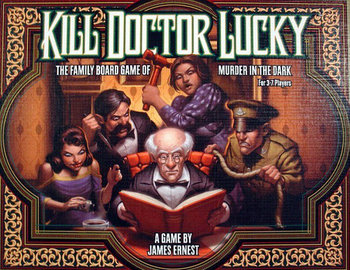 Who Murdered the Asshole? is a popular plot in murder mysteries because it gives the maximum number of suspects with a reason to want the victim dead. Some works take it a step further and have not only multiple characters who wanted the victim dead, but who actually attempted it.

This will leave the detectives with a lot of contradictory evidence, which will not make sense until they realize that there were multiple attempts on the life of the victim. And once they figure that out, they then need to work out who was responsible for each of them and which (if any) actually succeeded.

In Real Life, those who tried to kill the victim and failed would still be guilty of attempted murder. Sometimes a work will acknowledge this, and sometimes not.

A subtrope of Gambit Pile Up. Compare Two Dun It and Everybody Did It, where multiple people succeed at murder. Can overlap with Two Rights Make a Wrong if multiple murder attempts accidentally cancel each other out. See also Colliding Criminal Conspiracies.