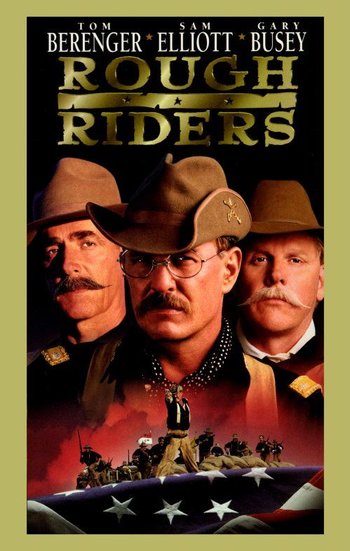 The Rough Riders is a 1997 three hour television miniseries about future President Theodore Roosevelt and the regiment (the 1st US Volunteer Cavalry; aka the Rough Riders). The series prominently shows the bravery of the volunteers at the Battle of San Juan Hill, part of the Spanish-American War of 1898. It was released on DVD in 2006. The series originally aired on TNT.

This is the second movie about Theodore Roosevelt's life directed by John Milius (the other being The Wind and the Lion), part of a planned but probably never to be completed trilogy.

This includes examples of the following tropes: