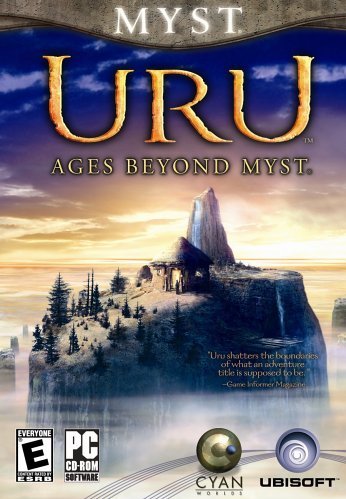 Uru: Ages Beyond Myst is the fourth game in the Myst series, developed by Cyan Worlds and published by Ubisoft in 2003.

Unlike previous games in the series, Uru is third-person, takes place in modern day, and you play as a custom created avatar instead of the Stranger. The biggest departure though, was that originally the game was going to have an Massively Multiplayer Online component to it, where multiple players could work together to solve puzzles.

You play an explorer who descends into the ruins of the lost D'ni civilization, located somewhere beneath New Mexico. In the ruins you find a hologram of Yeesha, Atrus and Catherine's daughter, who tasks you with rebuilding the D'ni civilization.