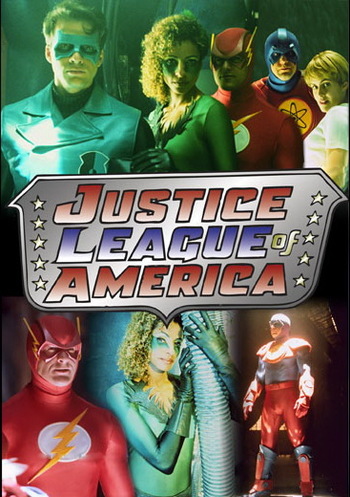 The Justice League is a superhero team composed of The Atom, Fire, The Flash and Green Lantern, all led by the Martian Manhunter. When Tori Olafsdotter acquires ice-related powers and finds her boss is using a weather machine against the city, she helps the team against him and ends joining them as Ice.

The TV movie never aired in the United States, despite being commissioned and produced by CBS as a Pilot Movie for an eventual television series. However, it was shown in other countries (notably Channel 5 in the United Kingdom), which is why bootlegs circulate at conventions. Many claim it's So Bad, It's Good.