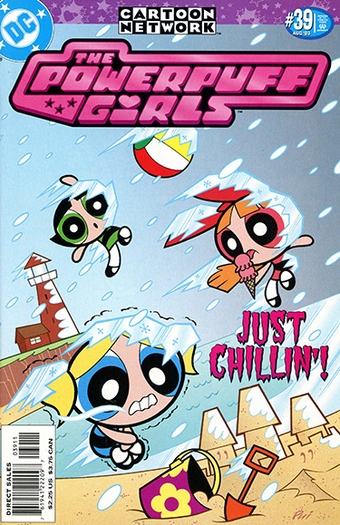 "It wasn't a dark and stormy night.
It should have been, but there's the weather for you. For every mad scientist who's had a convenient thunderstorm just on the night his Great Work is complete and lying on the slab, there have been dozens who've sat around aimlessly under the peaceful stars while Igor clocks up the overtime."
— Good Omens
Advertisement:

Basically, the weather is just wrong for what it's supposed to be. Usually it's because of something like a Weather-Control Machine, sometimes it's from an identifiable source like global warming or "El Niño", but sometimes it's just because we can't perfectly predict the weather. It's just too damn complex.

Weather can be just off, with no explanation. This is usually Empathic Environment or a significant hindrance to what the characters intend. Law of Conservation of Detail ensures that strange weather can not be just a background detail. Anyway, the Weather Report certainly isn't going to predict this.

Note that unusually good weather can also be Weather Dissonance. Unexpected rain in the desert or drought-stricken land, unexpected sunlight in the fog and cloud — it can be ironic, or a good omen, or the Empathic Environment responding to the Happy Ending.

If cold temperature is involved, then Snow Means Cold is likely to occur.

A Super-Trope to Endless Winter.