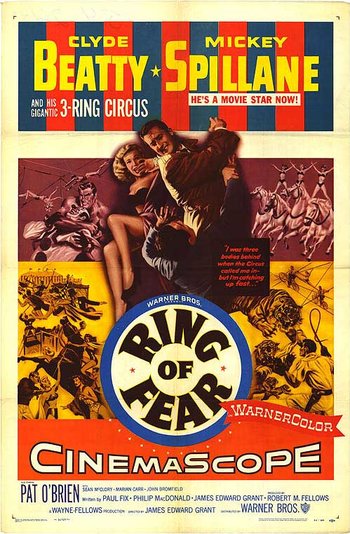 After unstable former circus performer Dublin O'Malley (McClory) escapes from a mental institution, he goes after Clyde Beatty (Beatty), the animal trainer whom O'Malley blames for his fate. He is also obsessed with Valerie (Marian Carr), a trapeze performer and old flame. When O'Malley arrives, dangerous accidents start happening around the circus, and manager Frank Wallace (O'Brien) calls for help from mystery writer Mickey Spillane (Spillane).