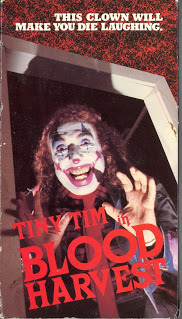 College student Jill Robinson (Itonia Salchek) comes home from college to find her family gone and their home vandalized. Her father, a banker, was widely hated in the community for foreclosing on local farms, so there is no shortage of suspects. Soon she finds herself stalked, and becomes the victim of a series of assaults. Her only allies are her high school boyfriend Gary Dickenson (Dean West) and his brother Mervin, aka Marvelous Mervo (Tiny Tim), a mentally unstable clown.