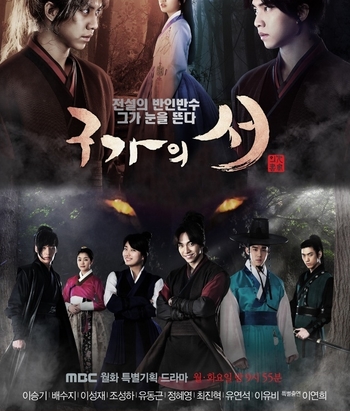 The fusion martial arts action historical drama is about Choi Kang Chi, a human-gumiho hybrid who is searching for a centuries-old book that, according to a legend, contains the secret to becoming fully human. Through some whirlwind occurrences, he is accused of killing his foster father. Setting up this scheme is Jo Gwan Woong, an evil nobleman who lusted after Kang Chi's mother and therefore is destroying her life. Accompanying Kang Chi is Dam Yeo Wool, a noble's daughter and master of archery.