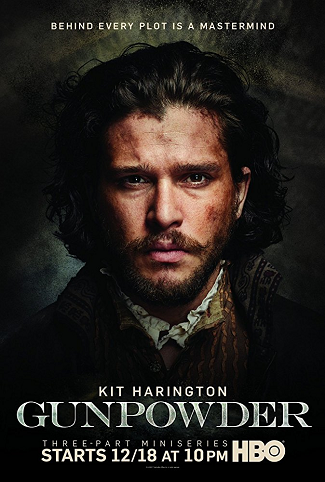 Gunpowder is a three-part BBC series dramatizing the Gunpowder Plot. Kit Harington plays Robert Catesby, the leader of a conspiracy to blow up the Houses of Parliament. Joining him are Edward Holcroft as Thomas Wintour, his primary accomplice, Tom Cullen as his most famous accomplice Guy Fawkes, Liv Tyler as his sympathetic cousin Anne Vaux, and Mark Gatiss as his primary antagonist Robert Cecil, 1st Earl of Salisbury.

The series was noted for its graphic sequences of violence and torture, particularly in the first episode, but also lauded for its drama and suspense.