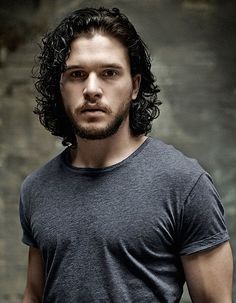 Christopher Catesby "Kit" Harington (born 26 December 1986) is an English actor who rose to fame playing the role of Jon Snow, one of the main characters in the series Game of Thrones. He starred as Albert Narracott in the original West End production of War Horse. Harington also played the lead role of Milo in the 2014 film Pompeii and 'Eret' in How to Train Your Dragon 2.

He also has a very interesting ancestry: first, there seems to be a link between him and John Harington

, Elizabethan courtier and the inventor of the flushing toilet. Furthermore, he has familial ties to opposing sides of the Gunpowder Plot: he is a matrilineal descendant of the ring-leader Robert Catesby (whom he would portray in Gunpowder), and a patrilineal descendant of the Harington barons—one of whom would've been blown up had they succeeded.

Like his wife Rose Leslie, he is also descended from Charles II. This means he is also technically a relative of James the First, the target. She gave birth to their son in February of 2021.