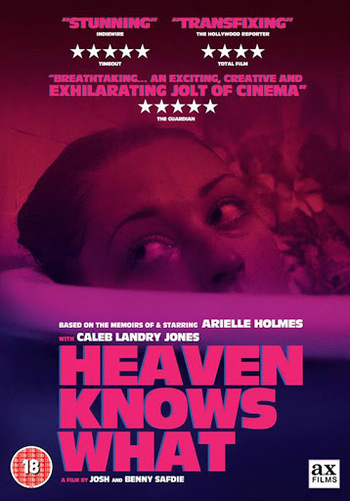 Heaven Knows What is a 2014 drama film by The Safdie Brothers. Starring Arielle Holmes and Caleb Landry Jones, the film is based on the real life experiences of Holmes living as a teenage drug addict on the streets of New York City with her boyfriend Ilya.