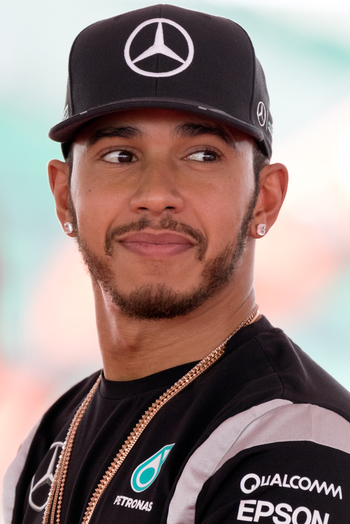 Sir Lewis Carl Davidson Hamilton (born 7 January 1985) is a British racing driver currently competing in Formula One for the Mercedes-AMG Petronas Formula One Team. One of two Seven-Time Formula One World Champions (a distinction he shares with Michael Schumacher), he is widely regarded as one of the greatest drivers in the history of the sport, and considered by some to be the greatest of all time.

He is also regarded as one of the most influential people in the world, having been credited for furthering Formula One's reach outside of racing circles through his high-profile lifestyle, social activism and careers in music and fashion, all despite the racism he faced due to his Black British heritage (Hamilton's father, Anthony, is Black British, while his mother, Carmen, is White British, making him mixed-race; Hamilton self-identifies as Black). Hamilton's Black heritage made him the first and so far only black driver to race in the sport as of 2020.

Besides his racing career, he has also dabbled into music and fashion, having provided guest vocals in the 2018 Christina Aguilera song "Pipe" under the pseudonym "XNDA", as well as launching a clothing line with Tommy Hilfiger. He also appeared in Cars and Cars 2, Zoolander 2, Call Of Duty Infinite Warfare and starred alongside former McLaren teammate Jenson Button as fictionalized versions of themselves in the animated series Tooned.