The Marine is a series of action films produced by WWE Studios starring various WWE wrestlers in the lead roles. 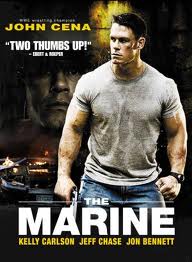 John Triton (John Cena) is a veteran marine operative who is discharged from the Iraq War, despite his best wishes to remain. He returns to his wife (Kelly Carlson), who after a great big welcome home, suggests they take a vacation. Their paths cross with Rome (Robert Patrick), a diamond thief, and his cronies who are on the run from a previous heist. They steal Triton's ride and, of course, his wife. Triton must save his wife as he chases Rome through the South Carolina environment. 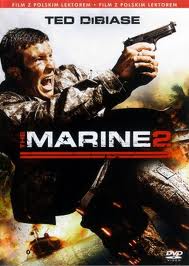 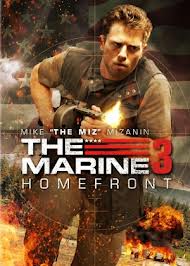