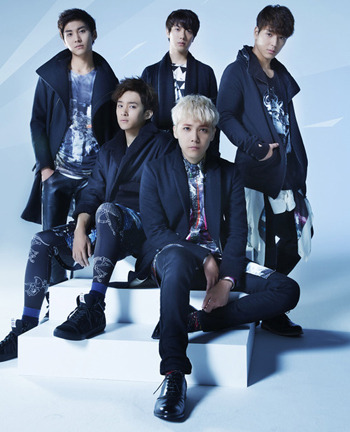 A South Korean idol rock band, FT Island, short for Five Treasure Island, was the first group to debut under FNC Entertainment (FNC Music at the time) in 2007. The original lineup comprised Jonghun, Hongki, Jaejin, Wonbin and Minhwan; Seunghyun was added in after Wonbin left at the beginning of 2009 for "musical differences".

They became the Power Rookies of 2007, winning a lot of awards for their song "Lovesick" including their first music show win after a mere 53 days. They also made their indie debut in Japan in 2008 before making their major debut in 2010. There, too, they have also found good success, with their singles charting high constantly and getting sold out Japanese concerts and tours.

They have also branched out into other areas such as musicals and acting, with Hongki in particular being an active idol actor. Additionally, the subunit FT Triple — comprising Jaejin, Minhwan and Jonghun — formed in 2008 and officially promoted in 2009 with "Love Letter". Seunghyun is also in a subunit called Two Song Place with labelmate and comedian Song Eunyi, and they made their debut in 2014 with "Age Height". Hongki also made his solo debut in both Korean and Japan in 2015.

Despite their ups and downs throughout the years, they remain as one of the most acclaimed idol bands in Korea. They are working on being acknowledged as real artists as they write more of their own songs and pursue their desired sound.