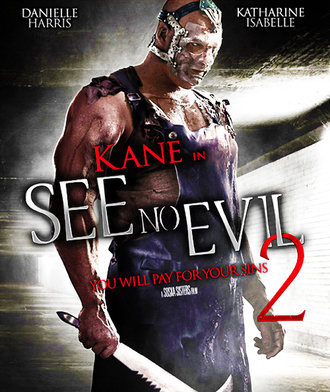 "I see it."
Advertisement:

A 2014 sequel to See No Evil, directed by the Soska sisters with Glenn "Kane" Jacobs reprising his role as Jacob Goodnight and co-starring Katharine Isabelle and Danielle Harris.

Following the climax of the previous film, Jacob Goodnight's corpse is on his way to the hospital, and is taken to its morgue. He wakes up in there and goes on a rampage on the medical students and doctors residing there.