Film / The Edge of Seventeen 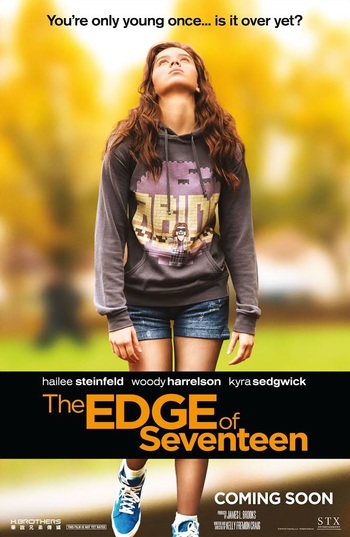 The Edge of Seventeen is a 2016 comedy-drama from writer/director Kelly Fremon Craig. It was released in November 2016 and stars Hailee Steinfeld, Kyra Sedgwick, and Woody Harrelson.

Steinfeld plays Nadine, an awkward high school junior whose life takes an unexpected turn when her older brother Darian (Blake Jenner) starts dating her best friend Krista (Haley Lu Richardson). Nadine ends up starting a friendship with a classmate named Erwin (Hayden Szeto), who shows her that things may not be as bad as she makes them seem.

Not to be confused with the 1998 film of the same name.