Film / In the Mood 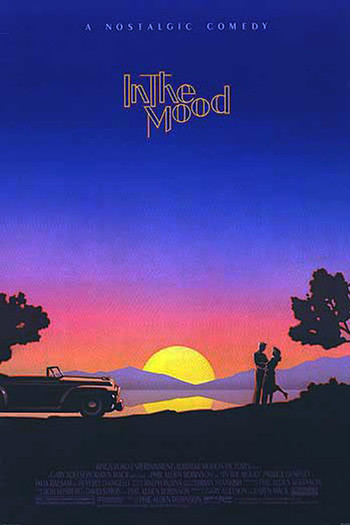 In the Mood is a 1987 comedy film starring Patrick Dempsey and Beverly D'Angelo, based on the real-life love misadventures of Ellsworth "Sonny" Wisecarver, a junior (14-years old when he started) romeo who became attracted to older women and even ran off with two of them, earning the nickname "The Woo-Woo Kid" in the years of World War II when a lot of men were off fighting.

The film takes some usual Hollywood liberties with history. In the story itself, Sonny's forbidden love affairs are depicted as lonely women and a nice kid hooking up, until an effort to stop this by his Cloud Cuckoolander Mom gets him in the sights of the times' Moral Guardians. Hilarity Ensues.