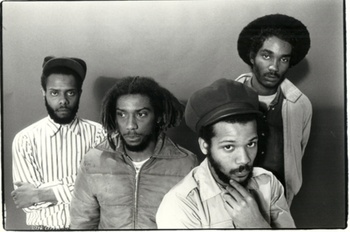 Bad Brains are an American Hardcore Punk and Reggae band formed in Washington, D.C. in 1977. All of the band's members are devout Rastafarians, and this is referenced in some of their songs such as "I Luv I Jah." Along with Black Flag and Minor Threat, they are one of the pioneers of Hardcore Punk, and have influenced dozens of diverse musicians, such as Sublime, Red Hot Chili Peppers, Beastie Boys, Living Colour (who once covered "Sailin' On"), and Rage Against the Machine.